As far as high-end jogging strollers go, they pretty much all have the same things to offer. But the Thule Urban Glide goes just one step further. It’s a great investment and will last as long as your child is in need of a stroller.

Why the Thule Urban Glide is one of the better high-end jogging strollers out there, offering you just a little more.

Like most joggers, the Thule Urban Glide has a five-point harness system with a cushioned padded covering meant to secure your baby or toddler in place as they go along for the ride. But the safety in the jogger doesn’t stop there. A blue knob near the from wheel can easily be found and with one twist to the “lock” position, it will lock the front wheel into a straight direction so that it doesn’t swivel when you’re trying to jog with it through long stretches of terrain. But when unlocked, the wheel returns to its swivel mode. And according to most safety regulations, it’s important to have a front wheel that swivels in order to help make the jogger easier to move, thus preventing getting it stuck or jammed falling over.

The brake on the Thule Urban Glide is also easy to find, as a foot brake on the back of the stroller, near the bottom storage compartment. All you have to do to engage the brake is push down on the red bar with your foot. And to return it to its original position, slip your foot under and pull up. The foot brake is somewhat easier to use, rather than a handbrake which can sometimes feel awkward or placed almost too far from where your hands rest on the handlebar. With the foot brake, you have the ability to lock the jogger in place.

There is also a tethered wrist strap to secure your own wrist to the stroller as you’re jogging, but the best part about it is that it isn’t long, with the potential to be tripped over or get twisted up in the wheels at some point. Instead, the wrist strap extends directly from the handlebars of the Thule Urban Glide.

Having the standard five-point harness in place for protection and security with the Thule Urban Glide as well as the safety tether strap and foot brake are just part of the bigger picture of safety features that present themselves in easy-to-use locations on the stroller.

…you have the ability to lock the jogger in place. Even in a jogger, you hit bumps and have to go over rough terrain. This is why the Thule Urban Glide is designed with rear suspension shocks that absorb any harsh impacts, making for a much smoother ride for your child. It offers up to 35mm of travel when trudging through sand, dirt, or even snow, so being able to go on rougher surfaces without disturbing your child, who may or may not be sleeping, is a definite plus.

There are options for the seated position as well. With a simple pull of a latch on the back of the seat, you can recline the Thule Urban Glide to al almost completely horizontal position, all while keeping your child strapped in the harness system. If your child is in a reclined position, they can take advantage of the ventilated back of the seat, which opens slightly to reveal a netting that lets air in and out.

Regardless of whether they’re sitting up, reclining back, or nearly laying down in the Thule Urban Glide, though, your child can be shielded from the sun and other elements with the multi-adjustable sun canopy. You can pull it down once over their head and face, or continue to pull it to capacity and pull down the additional sun shield that covers the front of the car seat. You can even pull it down further so that the sub-canopy is shielding the front of the car seat completely, with the top exposed. But because the canopy is so versatile, it can even work in shielding your baby from the cold when you go out for Fall or Winter strolls with the Thule Urban Glide.

As convenient as the sun canopy is, it’s the rear suspension of the Thule Urban Glide, which absorbs most impacts on the stroller that is the biggest comfort feature.

…your child can be shielded from the sun and other elements… EASE OF USE | Mechanisms Are Easily Located

When it comes time to fold up the Thule Urban Glide, it can be done with just one hand and at 23 pounds, is one of the most lightweight jogging strollers out there. Which means that you can balance a baby on your hip while collapsing, securing closed, and then moving an entire stroller. When folded, it only measures approximately 14 x 21 x 34.5 inches and can accommodate a child up to 75 lbs.

…one of the most lightweight jogging strollers out there.

Because the adjustment points on the Thule Urban Glide jogger are colored brightly, they’re easy to locate and even easier to utilize. The blue adjustment buttons on the inside of the handlebar enable you to move it up or down, depending on your height, and the button releases on the back tires are equally as easy to locate in order to remove the wheels, should you want to for storage or transport.

To fold the Thule Urban Glide, use the interior buttons to move the handlebar completely down. Then, open the flap directly under the seat and you’ll see a blue bar. Simply pull on it and the stroller will fold up. There is even a latch to secure it together for easier transport.

The Thule Urban Glide doesn’t come with a cup holder or compartment bar for you, but the storage basket underneath the stroller is enclosed, with a zipper close that can keep your belongings safe and hidden. There is also a pocket on the back of the seat that can hold more immediately important items like your phone, keys, or wallet.

Parents could likely find the important knobs and levers without the bright blue colors popping out, but having that small detail makes it that much easier and quicker to locate them.

…the storage basket underneath the stroller is enclosed. PRICE + LONGEVITY | You Get More for Your Money

On the manufacturer’s website, the suggested retail price (MSRP) is $399.95. When you compare the jogger to others of the same caliber, the price is a fair assessment of the safety and comfort you get with it. It should also be noted that because you can use the Thule Urban Glide right away, provided that you have the car seat adapter, and because you can use it for everyday use and not just for the purpose of jogging, it might be the only stroller you need for the entire period your baby and toddler actually needs one.

Buy right now on Amazon, and have this awesome stroller delivered right to your door! (Check it Out).

Most joggers similar to the Thule Urban Glide in both features and price tend to have a weight limit of 70 pounds, but in this case, that is increased to 75 pounds. It might not seem like much, but it means that you can potentially use the Thule Urban Glide for even longer than the competition. Since it isn’t built to support newborns, though, there is a car seat adapter for the Thule Urban Glide that’s sold separately, but enables you to transform the jogger into one that supports your newborn in their car seat instead of waiting for the toddler stages.

The whole point of more high-end strollers like the Thule Urban Glide is to get the most use out of them for as long as possible and with the added feature of such a high weight limit, that’s how the jogger achieves that. The whole point of a good jogger is to be able to move over pavements and less smooth terrain without the worry of disturbing or jostling your baby. And since the Thule Urban Glide has a rear shock suspension designed to prevent just that, they’ve already taken care of one of the most important aspects that parents look for in a jogger specifically. 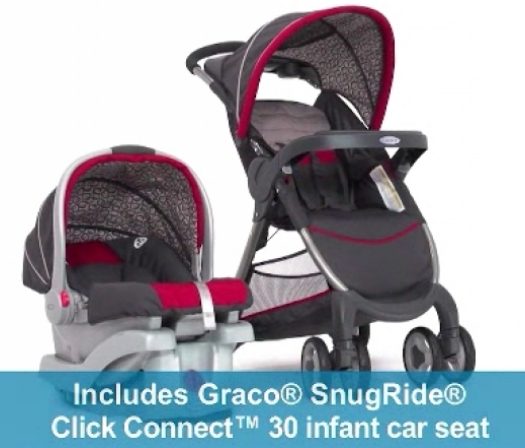 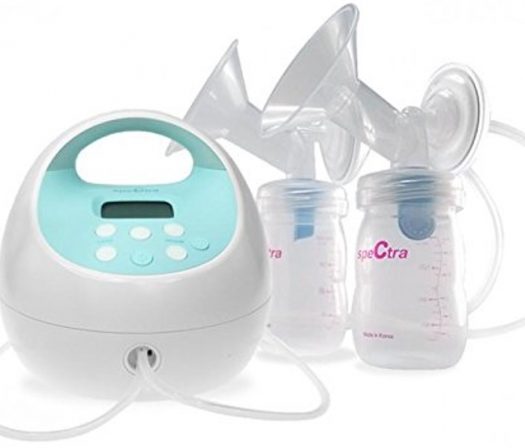