BOB is a trusted, high-end brand, and the BOB Revolution SE is one of their best jogging strollers. If you’re looking for something that will outlast its use and meet all your needs, then this just might be the stroller for you.

Why the BOB Revolution SE is a high-end brand you can trust to outlive its use and exceed your expectations.

Thanks to the parking brake, conveniently located on the bottom of the back of the BOB Revolution SE stroller, you can stop it with a simple step of the foot. This is especially convenient to keep your mind at least as far as safety goes because it is a lot easier and more accessible than a handbrake, which can sometimes feel awkward when pulled on a jogger stroller. There is also a wrist strap that goes around your wrist on one end and stays connected to the stroller on the other end and keeps you tied to the BOB Revolution SE.

…five-point harness that keeps your baby or toddler totally secure…

The BOB Revolution SE jogger also has a padded five-point harness that keeps your baby or toddler totally secure in the seat when in the sitting position or reclined position too. The front wheel swivels for easy maneuverability that keeps the stroller steady but can be locked into place when traveling on rougher terrain for longer periods of time. And in being able to lock the front tire of the BOB Revolution SE in place, it keeps your baby safely inside of the stroller.

The sides of the BOB Revolution SE are deep enough in the seat so your child won’t be hanging out of it on the sides and the footrest is more deep set than out in the open, keeping their feet in place. The most important thing, though, is that where safety is concerned with the BOB Revolution SE, you get to be in control with the foot brake, wrist strap, and five-point harness that snaps over your baby’s chest with padded comfort.

Being in control of your baby’s safety, without being at the whim of a jogger, is enough to give you peace of mind when trying out a jogger like the BOB Revolution SE.

…enough to give you peace of mind.

The BOB Revolution SE jogger has an adjustable suspension system to ensure a smooth ride for your baby or toddler. There are actually two different positions, with the first position supporting a child up to 40 pounds and the second position supporting a child who is 41-70 pounds. The adjustable shock release knobs on the BOB Revolution SE make it possible for you to be able to adjust the suspension system according to your baby’s comfort level. When utilized properly, the coil spring and elastomer core shock absorbers allow for a smooth ride in as much as three inches of terrain beneath the wheels.

The ultra padded seat in the BOB Revolution SE has the ability to sit upright in a totally vertical position, but when those long walks become extra long for your baby or toddler to handle, the seat reclines back 70 degrees. And if it’s a particularly sunny day, the retractable umbrella canopy has five different positions that allow it to either shield right above your child or extend down to 125 degrees in front of their face to provide even more coverage from the elements. The seat of the BOB Revolution SE itself is made from Poly and Dobby weave fabrics that are designed with a water repellent coating and have open cell foam padding which not only provides comfort for your child., but also a breathable material that is easy to clean.

And while there is a snack tray for the BOB Revolution SE that can be purchased separately, the jogger has two interior mesh pockets on either side of the seat for your child’s own storage that is easy to access without a tray taking up extra room in front of them.

Not only is it important to have a suspension system on the BOB Revolution SE to absorb shocks, but the two different levels at which to set the support means making sure that there is optimum safety. EASE OF USE | Lightweight And Easy To Fold

At just 25 pounds and measuring about 51.6 x 25.4 x 40 inches, the BOB Revolution SE jogger is more sleek and lightweight than some car seats are, especially with a frame that is made of high strength and quality titanium alloy. It also features a two-step easy to fold system. First, you lift the two levers directly beneath the handlebar and fold the stroller over once. Then, you will see a red handlebar that you pull once and the jogger will fold down. But to make the BOB Revolution SE even easier to transport, there is a place where the safety strap will actually connect, securing the collapsed stroller closed and enabling you to lift the entire unit.

…made of high strength and quality titanium alloy.

Once you’re ready to unfold your BOB Revolution SE, it’s equally as simple. You just reverse the same steps you took to fold it, by unsnapping the safety strap, then grabbing the red handle to pull it up, and then grabbing the handlebar and pulling the stroller out from its folded position until you hear a click to know that it is completely unfolded and snapped into place once again.

For storage with the BOB Revolution SE jogger, there is a seat back storage pouch as well as the two inner mesh pouches on the actual seat and a large basket below. The tires, which are polymer composite wheels with pneumatic tires and tubes, are simple air-filled tires made to handle rough terrain and can be refilled as easy as filling the tires of a bike.

Being able to fold the BOB Revolution SE with ease and pick it up with little to no problem is such a good thing, that sometimes the weight and ease of folding can be deciding factors for parents looking for strollers. PRICE + LONGEVITY | Well Worth It

BOB strollers are often considered to be top of the line because of their safety features, comfort levels, and ability to adapt to just what you need in a stroller, even if you aren’t a big runner. So even though the BOB Revolution SE has an MSRP of $349.99, that’s only because the value is speaking for itself in terms of what your baby needs in a long-lasting stroller. Although the BOB Revolution SE is marketed as a jogger stroller and designed as one too, it’s also meant to be used for everyday use, no matter how tame or ambitious your walking habits are. And since it’s so lightweight, it’s easier than most other joggers to be able to fold down and then slide into your car with a baby on your hip.

Buy right now on Amazon, and have it delivered right to your door! (Check it Out).

Like with most joggers, although it is not recommended or even safe to put a newborn in the actual seat of the BOB Revolution SE jogger, there are attachments that can be purchased separately to attach a car seat onto the jogger until your baby is developed enough to handle sitting in the actual seat. As it stands, the minimum age for a baby to ride in the jogger is eight months, with a maximum weight of 70 pounds. But if you buy a car seat attachment,  you can easily utilize the BOB Revolution SE as early as you’re physically ready to start walking.

Choosing a stroller, especially a jogger, means looking into each aspect of it to make sure it meets both yours and your baby’s needs. And if it can be utilized early and last literal years like the BOB Revolution SE, then the hard part is already over.

It might not be ideal to have to buy an infant car seat attachment, but it also makes it so that you never have to use another stroller, which helps the BOB Revolution SE pay for itself, in a way.

…meets both yours and your baby’s needs. THE BOTTOM LINE | A Big Investment

If the worst thing you can say about the BOB Revolution SE is that you can’t go too fast with an infant car seat placed in the adapter, then they’ve done their job in manufacturing a jogger that can still be used effectively in those early stages.

Some joggers might seem good on paper, but when you try them out, are lacking in some of the more important places. Luckily, the BOB Revolution SE focuses on your baby’s comfort and safety above all else, and while having convenience in the handlebar or cup holders might be nice, we can agree it’s not nearly as important as having a truly strong and safe stroller! 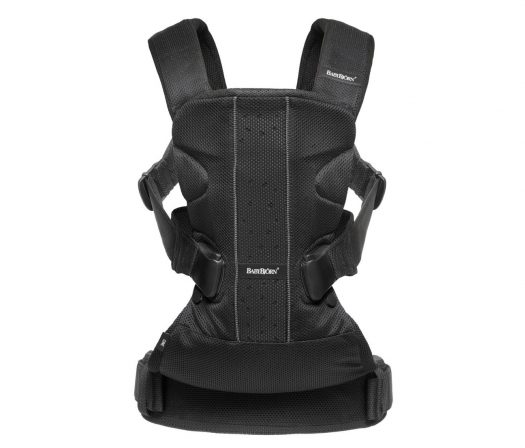 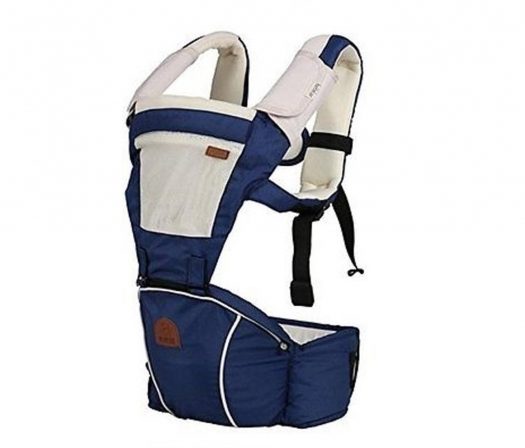